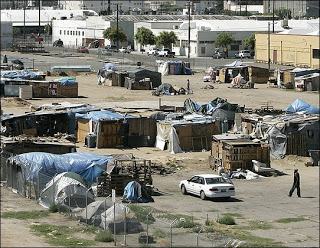 "here it is, you can see it & touch it":
medvedev shows off sample coin of new 'world currency' at g8

from washington post: Louis Gill doesn't like to turn anyone away. The director of the Bakersfield Homeless Center in California has taken to laying out cots and mattresses between the shelter's 174 registered beds to cope with the rush of homeless families brought to his doors by the financial crisis. "Last year, we saw a 34 percent increase in homeless families and a 24 percent increase in homeless children," he said. "Why do we go beyond capacity? Because in a just society, a child should not have to sleep outside or in a car." Gill is a frontline witness to the change in the makeup of the country's homeless. The stereotype of a homeless person as a single man no longer applies. A resident of the Bakersfield center is far more likely to be a young mother with a "good, solid job and a mortgage that she just couldn't pay... They're like folks you know and that you've worked with," Gill said. "Maybe the work's not there right now. Maybe they got behind on their payments. But the idea of a typical homeless person has changed. We're seeing individuals come in that have never had to access the safety net before." Government figures support Gill's experience. The ravages of the recession, including a surge in foreclosures and unemployment approaching 10 percent, have driven thousands of families onto the streets. Although the number of homeless individuals remained relatively stable between 2007 and 2008, the number of homeless families rose 9 percent, and in rural and suburban areas the number jumped by 56 percent, according to a report [5.6mb PDF] released last week by the U.S. Department of Housing and Urban Development.

calif tax officials: legal pot would rake in $1.4b
from sfgate: California tax officials have found that a state bill to tax and regulate marijuana like alcohol would generate nearly $1.4 billion in revenue. A State Board of Equalization report released Wednesday estimates marijuana retail sales would bring $990 million from a $50-per-ounce fee and $392 million in sales taxes. The bill introduced by San Francisco Democratic Assemblyman Tom Ammiano in February would allow adults to legally possess, grow and sell marijuana. Ammiano has promoted the bill as a way to help bridge the state's $26.3 billion budget shortfall. The state could not begin collecting taxes under the bill, as written, until the federal government legalizes marijuana. A spokesman says Ammiano plans to amend the bill to remove that provision. 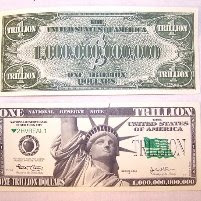 from ap: Nine months into the fiscal year, the federal deficit has topped $1 trillion for the first time ever. The imbalance is intensifying fears about higher interest rates and inflation, and already pressuring the value of the dollar. The Treasury Department says the deficit in June totaled $94.3 billion, pushing the total since the budget year started in October to nearly $1.1 trillion. The deficit has been propelled by the huge sum the government has spent to combat the recession and financial crisis, combined with a sharp decline in tax revenues. Paying for wars in Iraq and Afghanistan is also a major factor. The country's soaring deficits are making some foreign buyers of U.S. debt nervous, and this could make them reluctant lenders down the road.

video: the fed under fire

audio: 'we have to go spend money to keep from going bankrupt' 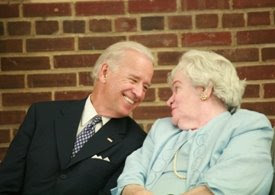 from cnsnews: Vice President Joe Biden told people attending an AARP town hall meeting that unless the Democrat-supported health care plan becomes law the nation will go bankrupt and that the only way to avoid that fate is for the government to spend more money. “And folks look, AARP knows and the people with me here today know, the president knows, and I know, that the status quo is simply not acceptable,” Biden said at the event on Thursday in Alexandria, Va. “It’s totally unacceptable. And it’s completely unsustainable. Even if we wanted to keep it the way we have it now. It can’t do it financially... We’re going to go bankrupt as a nation,” Biden said. “Now, people when I say that look at me and say, ‘What are you talking about, Joe? You’re telling me we have to go spend money to keep from going bankrupt?’” Biden said. “The answer is yes, that's what I’m telling you.”