an ugly bias is back: blaming jews for financial woes

1 in 8 US homeowners late paying or in foreclosure 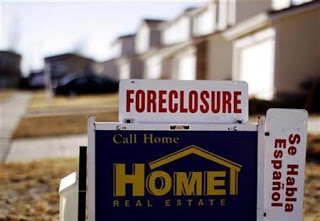 from reuters: About one in eight U.S. homeowners with mortgages, a record share, ended 2008 behind on their loan payments or in the foreclosure process as job losses intensified a housing crisis spawned by lax lending practices, the Mortgage Bankers Association said on Thursday. With unemployment at a 16-1/2-year high and expected to continue rising until mid- to late 2010, more borrowers will pay late or fall into foreclosure this year, said the group’s chief economist. “While California, Florida, Nevada, Arizona and Michigan continue to dominate the delinquency numbers, some of the sharpest increases we saw last quarter in loans 90 days or more delinquent were in Louisiana, New York, Georgia, Texas and Mississippi, signs of the spreading impact of the recession,” said Jay Brinkmann. 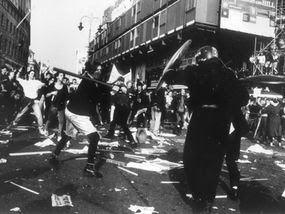 from daily express: Top secret contingency plans have been drawn up to counter the threat posed by a “summer of discontent” in Britain. The “double-whammy” of the worst economic crisis in living memory and a motley crew of political extremists determined to stir up civil disorder has led to the ­extraordinary step of the Army being put on ­standby. MI5 and Special Branch are targeting activists they fear could inflame anger over job losses and payouts to failed bankers. One of the most notorious anarchist websites, Class War, asks: “How to keep warm ­during the credit crunch? Burn a banker.” Such remarks have rung alarm bells in Scotland Yard and the Ministry of Defence. Intelligence sources said the police, backed by MI5, are determined to stay on top of a situation that could spiral out of control as the recession bites deep. The chilling prospect of soldiers being drafted on to the streets has not been discounted, although it is regarded as a last resort.

from paul joseph watson: Head of market analysis for Schneider Foreign Exchange Stephen Gallo told CNBC yesterday [feb25] that the financial crisis will lead to the creation of a global central bank and a global single currency within 15 years, echoing the call of top globalists who have exploited the problems they created to push for a new world financial order. Highlighting the significance of the introduction of the Euro, Gallo said that the single currency was “where we are headed globally on a monetary basis over the course of the next 10 to 15 years.” … As we have highlighted before, the elite have exploited the problem that they created to push for increased centralization and regulation of the world economic system in the pursuit of a de-facto global financial dictatorship.