from reuters: A former Goldman Sachs Group Inc computer programmer accused of stealing secret trading codes from the financial firm has been released from federal custody after posting bail, authorities said Monday. Sergey Aleynikov, 39, was arrested by the FBI Friday and charged with "theft of trade secrets." He met the terms of his $750,000 bail and was released Monday, said FBI spokesman James Margolin. Aleynikov is accused of misusing computer codes that belong to his former employer, a New York-based financial institution that authorities did not identify in court papers but sources say is Goldman Sachs... Goldman has not seen its business or clients harmed by the purported computer breach, a source familiar with the situation said Monday. The firm declined to comment. The case could shed light on the workings of intricate trading systems developed by Goldman. It also raises questions about the security of lucrative Wall Street proprietary trading operations. However, the New York Stock Exchange said Monday there was no connection between the alleged security breach and an error that dropped Goldman from a trading report the NYSE issued last week.

senate blocks 'audit the fed' bill as govt preps 2nd round of looting
from paul joseph watson: A Senate amendment based on Congressman Ron Paul’s successful House bill to audit the Federal Reserve was blocked by the Senate yesterday evening [jul6] on procedural grounds, as Jim DeMint slammed the Fed for refusing to disclose where trillions in bailout funds had gone, while a top Obama administration advisor called for a second “stimulus” package to be prepared.

replacing the dollar as reserve currency 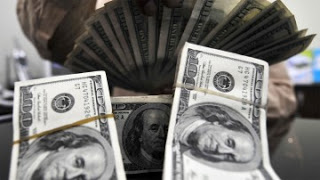 from reuters: The U.S. dollar is in the line of fire as leaders from the largest developed and developing countries gather in Italy for talks, as China pushes for debate on an eventual shift to a new global reserve currency. Sources have said the dollar's role probably will not be included in the final communique of a G8 meeting. Even if it does rate a mention, the language used would likely be extremely general to avoid destabilizing financial markets. Still, the symbolic importance would be immense, as it would underscore the determination of emerging economies, who will also be present in Italy for the talks, to win greater say in the global financial system and, over time, to reduce their dependence on the U.S. currency.

fdic gearing up for more bank closures
from bizjournals: The Federal Deposit Insurance Corp. is gearing up to handle a large number of bank failures expected as a result of bad mortgages, both in residential and commercial real estate, an economist said Tuesday. “They know they’re going to take down a large number of banks and they can’t do it until they’re staffed up,” said Mark Dotzour, chief economist and director of research for the Real Estate Center at Texas A&M University.

deutsche bankster in tech probe fell to his death
(nothing to see here, move along please...)
from bcc: A City stockbroker fell to his death from a rooftop restaurant two days after bosses investigating an IT-related matter sent him home early. Anjool Malde, 24, was found on the ground outside Coq d'Argent in London's Square Mile at midday on Sunday. He left his Deutsche Bank office early on Friday afternoon after agreeing to "help" the bank with its inquiry. Police are continuing to investigate the death ahead of an inquest, but are not treating it as suspicious.