china has ‘canceled US credit card’ 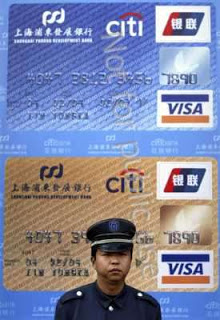 from afp: China, wary of the troubled US economy, has already “canceled America’s credit card” by cutting down purchases of debt, a US congressman said Thursday. China has the world’s largest foreign reserves, believed to be mostly in dollars, along with around 800 billion dollars in US Treasury bonds, more than any other country. But Treasury Department data shows that investors in China have sharply curtailed their purchases of bonds in January and February. Representative Mark Kirk, a member of the House Appropriations Committee and co-chair of a group of lawmakers promoting relations with Beijing [and council on foreign relations member], said China had “very legitimate” concerns about its investments.

another financial times contributor says ‘a new order is emerging’

US firms offshore 22,000 ‘green’ jobs to india
from raw story: Barack Obama and his green guru, Van Jones, have a green-collar job plan that they believe will solve the two biggest crises of our time: 5 million new green-collar jobs will directly stimulate the economy and will contribute to a more sustainable future in the face of coming climate change. But the 2009 Green Outsourcing Report, an annual industry study conducted by Brown-Wilson Group, found that green technology jobs are being created faster in India than in the US since Obama took office. The report, which was released two weeks ago, surveyed 4,000 businesses around the world, including Xerox, Accenture, IBM Global, CSC, Capgemini, Oracle, HP/ ED S, Aramark, SITEL and Perot. Doug Brown, co-author of the Green Outsourcing Report, told The New Indian Express, “We see the (green job offshoring) trend increasing. There are few suppliers who match credentials and outcomes of Indian firms.”

obama team writes off $7b taxpayers loaned chrysler
from raw story: As part of the company’s bankruptcy filing, Chrysler LLC will not repay US taxpayers more than $7 billion it received as part of the company’s bailout earlier this year. Instead, the US will get an 8% ownership in a firm whose value continues to deteriorate by the day. The detail was buried in Chrysler’s bankruptcy filings last week, and overlooked until today. A senior Obama official confirmed the news to CNN. The Obama Administration’s Treasury Department has agreed to give up the $4 billion “bridge loan” extended by the Bush adminstration, a $300 million fee on the loan, and another $3.2 billion the Obama administration agreed to shell out — last week.

‘web of debt’: the inner workings of the monetary system 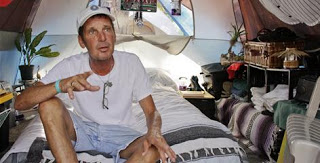 from usa today: Jim Marshall recalls everything about that beautiful fall day. The temperature was about 70 degrees on Nov. 19, the sky was “totally blue,” and the laughter from a martini bar drifted into the St. Petersburg park where Marshall, 39, sat contemplating his first day of homelessness. “I was thinking, ‘That was me at one point,'” he says of the revelers. “Now I’m thinking, ‘Where am I going to sleep tonight? Where do I eat? Where do I shower?'” The unemployed Detroit autoworker moved to Florida last year hoping he’d have better luck finding a job. He didn’t, and he spent three months sleeping on sidewalks before landing in a tent city in Pinellas County, north of St. Petersburg, on Feb. 26.

Marshall is among a growing number of the economic homeless, a term for those newly displaced by layoffs, foreclosures or other financial troubles caused by the recession. They differ from the chronic homeless, the longtime street residents who often suffer from mental illness, drug abuse or alcoholism. For the economic homeless, the American ideal that education and hard work lead to a comfortable middle-class life has slipped out of reach. They’re packing into motels, parking lots and tent cities, alternately distressed and hopeful, searching for work and praying their fortunes will change. “My parents always taught me to work hard in school, graduate high school, go to college, get a degree and you’ll do fine. You’ll do better than your parents’ generation,” Marshall says. “I did all those things… For a while, I did have that good life, but nowadays that’s not the reality.”