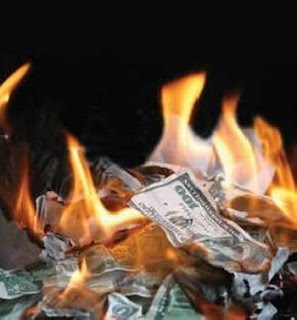 from washington post: The daily White House intelligence report that catalogs the top security threats to the nation has a grim new addition, reflecting the realities of the age: a daily update on the global financial crisis and its cascading effects on the stability of countries through the world. The first Economic Intelligence Briefing report was presented to the White House yesterday by the CIA, the agency's new director, Leon Panetta, revealed at a news conference. The addition of economic news to the daily roundup of terrorist attacks and surveillance reports appears to reflect a growing belief among intelligence officials that the economic meltdown is now preeminent among security threats facing the United States. "We've seen the impact of a worldwide recession occur throughout the world," said Panetta, who described the agency's newest product at his first news briefing since his confirmation. Instigated at the request of the White House, the daily report will ensure that U.S. policymakers are "not surprised" by the aftershocks from bank failures and rising unemployment, he said.

from paul joseph watson: Urban warfare training drills are taking place across the country as top analysts as well as officials predict a potential “summer of rage” across Europe and America as civil unrest from the economic fallout builds. Earlier this month, 150 U.S. troops from the U.S. Special Operations Command in what officials described as a “training event”.whizzed around the streets of New Orleans in military helicopters and even dropped bombs. An Iowa National Guard training exercise in Arcadia, Iowa, scheduled for April was originally billed as an “invasion” before public opposition caused the drill to be scaled back. The exercise included Guard troops patrolling streets, searching houses and confiscating firearms. No less than 2,200 U.S. Marines were also involved in urban operations training in Richmond, VIrginia, throughout January, drills that involved landing troops in populated areas, allowing military pilots to “familiarize themselves with the area.”

clinton urges china to keep buying US debt
from afp: US Secretary of State Hillary Clinton Sunday [feb22] urged China to keep buying US debt as she wrapped up her first overseas trip, during which she agreed to work closely with Beijing on the financial crisis. Clinton made the plea shortly before leaving China, the final stop on a four-nation Asian tour that also took her to Japan, Indonesia and South Korea, where she worked the crowds to try to restore America's standing abroad. In Beijing, she called on authorities in Beijing to continue buying US Treasuries, saying it would help jumpstart the flagging US economy and stimulate imports of Chinese goods. "By continuing to support American Treasury instruments the Chinese are recognising our interconnection. We are truly going to rise or fall together," Clinton said at the US embassy here.

get ready for mass retail closings
from yahoo finance: About 220,000 stores may close this year in America, says our guest, retail consultant Howard Davidowitz of Davidowitz & Associates. As more Americans save and spend less, it's clear there's too much retail space. Just visit Web site deadmalls.com and track retail's growing body count. And luxury retailers? They're on "life support," Davidowitz says. Among the brandname stores Davidowitz says are in trouble: Nordstrom, Neiman Marcus, Tiffany, Jeweler Zale Corp., Saks, J.C. Penney & Sears... Plus, earlier we discussed: Retail goods on sale -- perhaps permanently. And the 'worst is yet to come:' Americans' standard of living permanently changed.

video: the crisis of credit

plan to nationalize american banks
from the australian: The Obama administration is considering a plan to temporarily nationalise US banks in a historic departure for the world's champion of free markets, prompting fears of further steep falls in US and world share markets. Despite tepid denials from the White House, there has been a steady drumbeat of signals over the past few days indicating the bank plan is under consideration, including comments from Federal Reserve chief Ben Bernanke, who acknowledged that government takeover was a possibility.

is america ready for recession rage?

financial crisis sparks unrest in europe
from reuters: The global financial and economic crisis has sparked many protests in parts of Europe. Here are some details:

* BRITAIN -- British workers held a series of protests at power plants, demonstrating against the employment of foreign contractors to work on critical energy sites...

* FRANCE -- Up to 2.5 million protesters took to the streets of France on Jan. 29 in a day of strikes and rallies to denounce the economic crisis but the strike failed to paralyse the country and support from private sector workers was limited...

* GERMANY -- Thousands of Opel workers from around Germany took part in a mass rally at the company's headquarters, demanding on Thursday that parent General Motors scrap plans for plant closures in Europe...

* GREECE -- Greek farmers protesting low product prices ended a two week blockade of a border crossing with Bulgaria on Feb. 7 when their demands for compensation were met...

* ICELAND -- Prime Minister Geir Haarde resigned on Jan. 26 after protests. The first leader in the world to fall as a direct result of the financial crisis, he was replaced by Johanna Sigurdardottir, who heads a new centre-left coalition.

* IRELAND -- Nearly 100,000 people marched through Dublin on Feb. 21 to protest at government cutbacks in the face of a deepening recession and bailouts for the banks.

* LATVIA -- A new Latvian prime minister was appointed on Thursday after the four-party ruling coalition collapsed on Feb. 20 and the president called for talks to forge a new government to tackle a deepening economic crisis...

* LITHUANIA -- Police fired teargas on Jan. 16 to disperse demonstrators who pelted parliament with stones in protest at cuts in social spending...

* MONTENEGRO -- In Podgorica, aluminum workers demanded on Feb. 9 to be paid their salaries and an immediate restart of suspended production at the Kombinat Aluminijuma Podgorica (KAP), a Russian-owned plant.

* RUSSIA -- Hundreds of angry communists rallied in Moscow on Feb. 23 in protest at the Kremlin's handling of the crisis that has rocked the Russian economy, the latest in a series of demonstrations held across Russia as the economic crisis bites...

* UKRAINE - Hundreds of Ukrainians protested at separate demonstrations on Feb. 23, with some urging President Viktor Yushchenko to quit while others demanded their money back from banks hit by the financial crisis.

will the economic crisis split europe?

britain faces summer of rage
from guardian: Police are preparing for a "summer of rage" as victims of the economic downturn take to the streets to demonstrate against financial institutions, the Guardian has learned. Britain's most senior police officer with responsibility for public order raised the spectre of a return of the riots of the 1980s, with people who have lost their jobs, homes or savings becoming "footsoldiers" in a wave of potentially violent mass protests.

warning for the west as crisis spills onto streets*
cia says drone attacks inside pakistan will continue*
greeks shut airports, services to protest economy*
mexico sending extra troops to violent border city*
after threats, juárez mayor in el paso*
ecuador says expelled US official was cia operative*
there are now more slaves on the planet than at any time in human history*