from washington post: The Department of Homeland Security dedicated a massive biodefense laboratory in Frederick yesterday, moving toward the facility's opening despite questions raised about the risks of deadly pathogens to be studied there. When the National Biodefense Analysis and Countermeasures Center at Fort Detrick is fully operational in March, about 150 scientists in the lab will be tasked with protecting the country from a bioterrorist attack through prevention or containment. Another goal is to allow investigators to fingerprint biological agents such as viruses and bacteria, quickly tracing their source and catching the offender. But critics cite the case of Bruce E. Ivins, a researcher at the U.S. Army Medical Research Institute of Infectious Diseases, also at Fort Detrick, as evidence that such installations might help bioterrorists get access to lethal agents. FBI investigators think Ivins, who committed suicide in July, was responsible for the 2001 anthrax attacks.

fda conspired with chem industry to declare bpa harmless
from natural news: The FDA has been caught red-handed conspiring with the chemical industry to conclude that Bisphenol-A, the plastics chemical, is harmless to human health. As revealed by the Environmental Working Group, the FDA based its evaluation of BPA on a report authored by the American Chemistry Council (ACC), a trade group that represents chemical companies and plastics manufacturers. The FDA's evaluation concluded that BPA was perfectly safe for consumers of any age, including infants. This conclusion stands in direct opposition to the Canadian government, which declared BPA to be a toxic chemical on Oct. 18 and moved towards banning the chemical in baby bottles. Even the U.S. National Institutes of Health says BPA may be dangerous, admitting it is concerned about BPA's "effects on development of the prostate gland and brain and for behavioral effects in fetuses, infants and children." 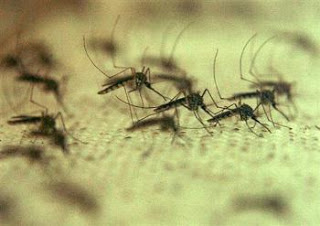 from afp: The Bill and Melinda Gates Foundation awarded 100,000 dollars each on Wednesday to scientists in 22 countries including funding for a Japanese proposal to turn mosquitos into "flying syringes" delivering vaccines. The charitable foundation created by the founder of software giant Microsoft said in a statement that the grants were designed to "explore bold and largely unproven ways to improve global health."

from techflash: Just months after his Microsoft farewell, Bill Gates is quietly creating a new company -- complete with high-tech office space, a cryptic name and even its own trademark. Public documents describe the new Gates entity - bgC3 LLC - as a “think tank.” It’s housed within a Kirkland office that the Microsoft co-founder established on his own after leaving his day-to-day executive role at the company this summer. Is this Bill Gates’ next big business? A Gates insider gives an emphatic no - saying it’s not a commercial venture but rather a vehicle to coordinate the software mogul’s work on his business and philanthropic endeavors. However, bgC3 will also oversee Gates’ personal pursuit of breakthrough ideas in science and technology. The insider said the goal isn’t necessarily to create new companies, although ideas could be passed along to Microsoft, the Bill & Melinda Gates Foundation - or others – as it makes sense.

vet's body was 'harvested' in scam 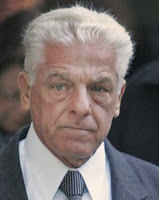 from philadelphia daily news: To the heartless thieves who stole body parts, he was a number: BM04J132. To Charlene Ann Williams, BM04J132 was her only son and "my world" - Jason Charles Hasbrouk, a highly decorated soldier who participated in the Mogadishu rescue and in a dangerous Haiti mission, then died at 30 of a debilitating pituitary tumor, which had left him blind. But no foreign enemy could have desecrated this American hero worse than three co-defendants - sentenced yesterday here - in a national body-parts-for-sale scam. Cutters pillaged Hasbrouk's body of skin, bones, tendons and other tissue without consent after his organs had been donated to others upon his death in 2004. Then, Gerald Garzone, a funeral-home operator involved in the scam, folded an American flag, which he turned over with an urn of Hasbrouk's ashes to his grieving parents. Two years later, Williams, a lieutenant at a Pike County prison, discovered what had happened to her son. "I lost my breath," she testified. "The room started spinning. I started to sweat. I became one of the families, who I had cried and prayed for only two days earlier."

womble pushes for victims of eugenics to get compensation 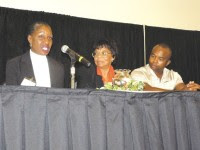 from winston-salem chronicle: State Rep. Larry Womble will lead a meeting today in Raleigh to explore the possibilities of the state providing compensation for the victims of a notorious eugenics program that forcibly sterilized thousands of people. The public meeting of the House Select Committee on Compensation for Victims of the Eugenics Sterilization Program will begin at 1 p.m. at the Legislative Building.

from ap: Ten hours a day, every day, Elizabeth Feudale-Bowes confines herself to a galvanized-steel-and-porcelain shed outside her house. Inside are a toilet, a metal cabinet, a box spring with the metal coils exposed, and a pile of organic cotton blankets. Aluminum foil covers the window. The place is as austere as a prison cell — but it's also her sanctuary from an outside world that she says makes her violently ill. She and her husband call the structure "the bubble." This bubble, though, may be about to burst: A judge has ordered it taken down by the end of the month. Some of the couple's neighbors in suburban South Whitehall Township complained that the 160-square-foot building is unstable and so unsightly it could drag down their property values. The couple also hooked up electrical, water and sewer service without securing permits.

from ap: As flu season approaches, many New Jersey parents are furious over a first-in-the-nation requirement that children get a flu shot in order to attend preschools and day-care centers. The decision should be the parents', not the state's, they contend. Hundreds of parents and other activists rallied outside the New Jersey Statehouse on Thursday, decrying the policy and voicing support for a bill that would allow parents to opt out of mandatory vaccinations for their children. "This is not an anti-vaccine rally - it's a freedom of choice rally," said one of the organizers, Louise Habakus. "This one-size-fits-all approach is really very anti-American."

from steve watson: Hundreds of concerned parents participated in demonstrations outside the New Jersey Statehouse yesterday in protest of the State’s decision to mandate flu vaccinations for young children. Protesters also turned out to support a bill that would allow for conscientious objections to forced vaccinations, arguing that medication should be the choice of the parent not the government.

most health workers skip flu shot
from ap: Operating room nurse Pauline Taylor knows her refusal to get a flu shot is based on faulty logic. But ever since she got sick after getting a shot a few years ago, she's sworn off the vaccine. "I rarely get sick. The only thing I could narrow it down to is that I had gotten this shot," said Taylor, who works at University Hospitals and Clinics in Iowa City. "I know that it's not a live virus. It just seemed pretty coincidental." ... nearly 60% of health care workers fail to get a flu shot.