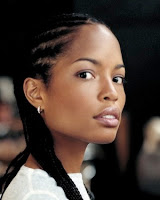 from miaminewtimes.com: Erica Kennedy, author of the novels Bling and Feminista and an inspiration to thousands of Twitter followers, was found dead in her Miami Beach home on June 13, according to reports. She was 42. Kennedy's work spanned several fields: fashion publicist, journalist, blogger, novelist. But she may be best remembered for her interactive, supportive presence in social media. Twitter erupted with grief, disbelief, and condolences to Kennedy's loved ones when news of her death broke over the weekend. The cause of death has not yet been reported.