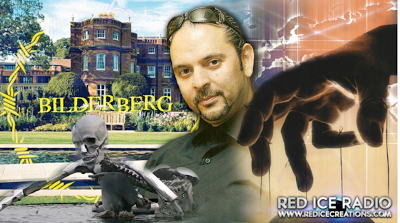 Red Ice Radio interviews Daniel Estulin, author of "The True Story Of The Bilderberg Group," shares impression 2013 Bilderberg meeting in Watford, England, has become irrelevant.  "Daniel explains that because of increased media attention from both mainstream and alternative media, it has become quite irrelevant as a 'secret' meeting. He talks about how it’s now turned into a circus, comparing it to something like the Woodstock music festival. 'The Bilderberg meeting is important to a point, but it’s not the top of the pyramid,' he says. Bilderberg is just a small part of a bigger agenda and together with other organizations and meetings it represents an ideology of world control. 'The great unwashed' are the enemies of the elite and they do not meet to try to solve many of the world’s problems, as naive people think. When it comes to issues like avoiding another financial bubble, it’s actually about how to destroy the world economy in an orderly fashion. Some of the other topics discussed during the meetings are how to control the world’s food supply and technology," informs Red Ice Radio.