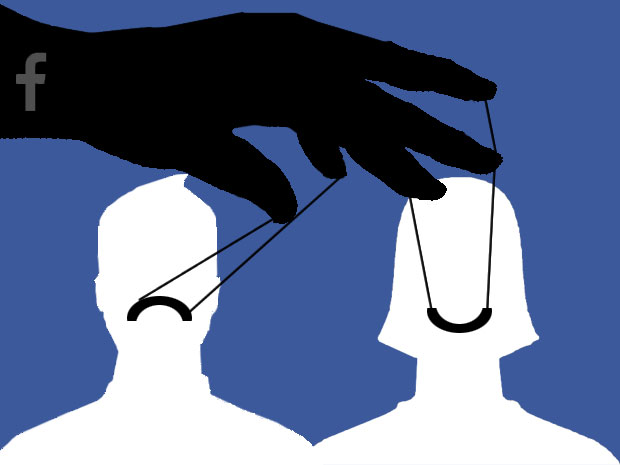 from RT.com: Facebook manipulated the news feeds of almost 2 million American
users during the 2012 presidential election without telling them. The
manipulation led to a 3 percent increase in voter turnout, according to
the company’s own data scientist.

In a stunning revelation, the three months prior to Election Day
in 2012 saw Facebook “tweak” the feeds of 1.9 million
Americans by sharing their friends’ hard news posts rather than
the usual personal posts. The effect was felt most by occasional
Facebook users who reported in a survey they paid more attention
to the government because of their friends’ hard news feeds.
Facebook didn’t tell users about this psychology experiment, but
it boosted voter turnout by 3 percent.

The experiment was first shared with the public in two talks
given by Facebook’s data scientist, Lada Adamic, in the fall of
2012, and more details were disclosed recently by Mother Jones.
In those talks, Adamic said a colleague at Facebook, Solomon
Messing, “tweaked” the feeds. Afterwards, Messing
surveyed the group and found that voter turnout and political
engagement grew from a self-reported 64 percent to more than 67
percent.