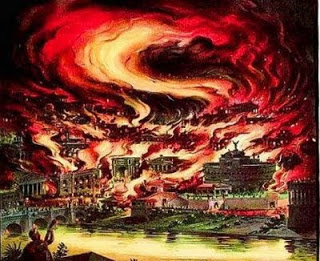 False flag attacks are neglected subject matter in our schools, but very real tools to sway public opinion!  A false flag implies an act carried out apparently under one flag (e.g. Al Qaeda), when in truth, it was conducted by another (e.g. Mossad).  Governments resort to this kind of maneuver, a false flag event, when control is felt slipping or there's a need to galvanize backing for a war!   Many people still earnestly believe their government would never place them in danger!  The truth is, unfortunately, governments instigate false flags through intelligence groups where innocent people die when the need arises.  Kurt Nimmo writes very readable survey of false flag events in history of Western civilization, "A Brief History of False Flag Attacks: Or Why Government Loves State Sponsored Terror." The article covers familiar historical events but with different slant, e.g, the  U.S.S. Maine, RMS Lusitania and the Reichstag fire. These three tragic events were all used to justify wars!  The Gulf of Tonkin incident, where North Vietnam reportedly fired upon US Navy, resulting in Congressional resolution to began formal involvement by United States in Vietnam War, is a more recent example. A report revealed 1964 Gulf of Tonkin incident never took place! The present writer finds section on Nero and the Great Fire of Rome in 64 AD  fascinating!  Nero couldn't gain Roman Senate approval to level a third of the city for his urban renewal project, Neropolis.   A third of Rome burned subsequently and many held Nero responsible!   Nimmo writes nice primer on false flags, and also, enlightens naive on how world really works - a must read!