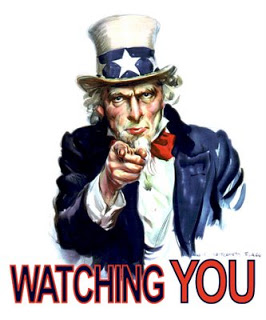 from washington post: Newly released FBI data offer evidence of the broad scope and complexity of the nation's terrorist watch list, documenting a daily flood of names nominated for inclusion to the controversial list.

During a 12-month period ended in March this year, for example, the U.S. intelligence community suggested on a daily basis that 1,600 people qualified for the list because they presented a "reasonable suspicion," according to data provided to the Senate Judiciary Committee by the FBI in September and made public last week.

FBI officials cautioned that each nomination "does not necessarily represent a new individual, but may instead involve an alias or name variant for a previously watchlisted person."

The ever-churning list is said to contain more than 400,000 unique names and over 1 million entries. The committee was told that over that same period, officials asked each day that 600 names be removed and 4,800 records be modified. Fewer than 5 percent of the people on the list are U.S. citizens or legal permanent residents. Nine percent of those on the terrorism list, the FBI said, are also on the government's "no fly" list.

This information, and more about the FBI's wide-ranging effort against terrorists, came in answers from FBI Director Robert S. Mueller III to Senate Judiciary Committee members' questions. The answers were first made public last week in Steven Aftergood's Secrecy News.