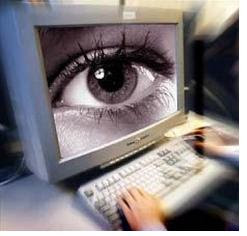 A Freedom of Information Act (FOIA) request made in 2007 by the Electronic Frontier Foundation (EFF), reveals FBI using secret spyware. A recent article at Raw Story shows "...that software called the Computer and Internet Protocol Address Verifier (CIPAV) was used by the FBI since at least 2001. The software allows the FBI to collect a variety of information from a computer every time it connects to the Internet, including the IP address, Media Access Control (MAC) address, open communication ports, list of the programs running, URLs visited, and more. It is unclear how the FBI installs the software on a computer, but it is suspected that the spyware exploits a vulnerability in the user's browser, like other common Internet viruses."

However, the article notes a greater threat posed by a recent FBI proposal. "In February, the FBI urged members of the House Judiciary Subcommittee on Crime, Terrorism and Homeland Security to update the Communications Assistance to Law Enforcement Act (CALEA) and make it easier for authorities to eavesdrop on Internet." CALEA is the same 1994 law that the US administration was not observing just prior to the Iraq war!