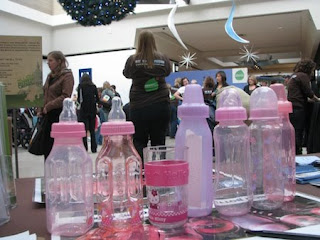 from food safety news: After missing three deadlines to make a decision on the safety of Bisphenol A (BPA), a chemical commonly used in food containers, the federal government further delayed its decision Friday, announcing that while it has "some concern" about the safety of the chemical, more research is needed. While it delayed making a hard decision on the safety of the chemical, the Department of Health and Human Services (HHS) offered tips for parents to minimize infant exposure to the chemical, and launched a $30 million interagency research initiative to review BPA safety over the next 18 to 24 months... Many consumer advocates viewed the move as "encouraging," because it recognized the potential risk posed by the chemical, but still find the recommendations confusing to the public. "The message, to be honest, is quite confusing," said Dr. Urvashi Rangan, director of technical policy for Consumers Union, publisher of Consumer Reports. Dr. Rangan believes there is ample evidence for the government to regulate the chemical in food containers.