from salon: Last summer, the Federal Emergency Management Agency was publicly shamed when lawmakers revealed the agency, to avoid lawsuits, put off testing trailers used to house Hurricane Katrina victims for formaldehyde, a toxic chemical. Now, documents obtained by Salon show that FEMA also pressured scientists to water down a report on the health risks of formaldehyde. FEMA officials instructed the scientists to omit any references to cancer or other long-term health risks from exposure to formaldehyde in FEMA trailers.

from khon2: Many popular foods and drinks would be pulled from store shelves under a bill in the state Legislature to ban the sweetener aspartame. While the Food and Drug Administration and many doctors say it's safe, a growing contingent of consumers thinks the additive is dangerous if not deadly. One lawmaker is bringing the debate to the Capitol. 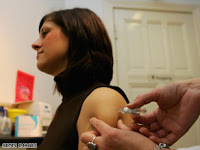 from ap: Vaccines aren't just for kids, but far too few grown-ups are rolling up their sleeves, disappointed federal health officials reported Wednesday. The numbers of newly vaccinated are surprisingly low, considering how much public attention a trio of new shots - which protect against shingles, whooping cough and cervical cancer - received in recent years. 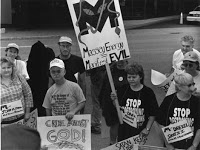 from ap: The country's fourth-largest coal producer, Massey Energy Co., will pay a $20 million fine as part of a settlement with the government over allegations it routinely polluted hundreds of streams and waterways in West Virginia and Kentucky with sediment-filled waste water and coal slurry.