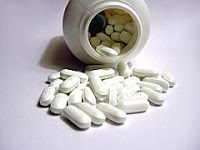 fema may use trailers again
from ap: The government may house disaster victims in trailers again this hurricane season as a last resort, despite promises never to use them again because of high levels of formaldehyde found in trailers used after the Katrina catastrophe. Only the head of the Federal Emergency Management Agency can approve the use of such trailers, and they must meet the agency's requirement for minimal levels of formaldehyde, according to a draft of the agency's five-page 2008 hurricane-season plan, obtained by The Associated Press. Also, disaster victims could stay in the trailers for only six months.

from community press: Natural food vendors in Canada may have to turn to their own shelves in search of a stress remedy as bill C-51 awaits its second reading in Parliament. The federal government says the bill is designed to prevent problems from the use of vitamins and natural remedies. However, the natural foods industry says the bill's intentions are purely for profit. “The health food industry is growing constantly and I think we are taking a piece of the pie from big pharma,” said Cindy King, who owns Natural Sequence, a natural food store located in Trenton. “Big pharma and government go hand-in-hand.”

freemasons want children's dna
from walton tribune: Nothing can strike fear into the heart of a parent faster than the thought of a missing child. While Walton County’s Masonic lodges cannot do much to prevent a child from going missing, they can provide parents with valuable tools if such a tragedy might happen. As part of the Georgia Child Identification Program, or GACHIP, sponsored by the Grand Lodge of Georgia, Freemasons across Walton County are working to help parents avert their worst nightmare.