the fix is in! 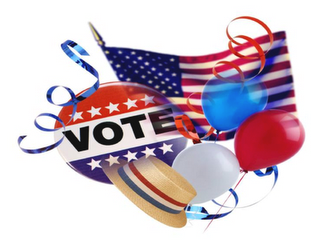 from winter patriot: Banana Republic North: In the past few days, John McCain has stopped campaigning in states which were once seen as toss-ups; Barack Obama has started campaigning in states which were once seen as safe for McCain; Obama has picked up a major endorsement and a huge funding increase; McCain’s campaign has been caught trying to pull off perhaps the most despicable political dirty trick since 9/11; McCain has been pandering to the ultra-rich; and — according to the latest polls — support for Obama has been imploding!

Obama’s lead over McCain has dropped from 12 points on Thursday to 10 points on Friday, 9 points on Saturday, and 5 points on Sunday

That’s a seven-point decrease in three days. How can that happen?

Consider this: It’s far easier to rig the polls than it is to rig the election.

How? The pollsters talk to a small and carefully selected group of people. They can get whatever result they want, just by tweaking the sample. And they do. All the time.

Consider this, too: the election could never be stolen unless there were polls indicating it would be close. Then all they need is a last-minute gaffe, or surprise, or al Qaeda videotape; and the pundits can claim this was the difference in a race that was otherwise too close to call.

And so … Election Day approaches, with all the appeal of a multi-train collision.

The police are ready for action, and so is the army. Are you?

One response to “the fix is in!”