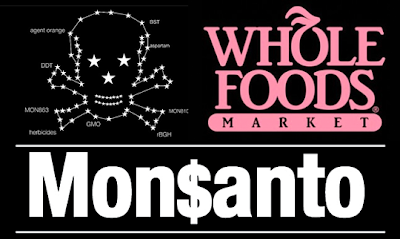 Frankenfoods In Your ‘Natural’ Foods Store 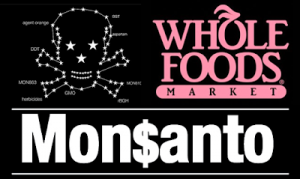 from organic consumers dot org: After two decades of biotech bullying by Monsanto and Food Inc., a grassroots movement of organic consumers and farmers is rising up across the United States. Inspired by the success of their European counterparts in driving genetically engineered crops and foods off the market, not through an EU ban, but through mandatory labeling, several thousand protesters took to the streets on March 26, 2011 in 30 different cities, under the banner of "Rally for the Right to Know," and "Millions Against Monsanto."

At the same time, anti-GMO activists have stepped up the pace of grassroots lobbying, successfully pressuring state legislators in at least 14 states to introduce bills calling for mandatory labeling of genetically engineered foods.

Reflecting widespread public concern over the health and environmental hazards of GMOs, recent polls by National Public Radio and MSNBC have found that more than 90% of Americans support mandatory labeling. Mandatory labeling of GMOs, of course, is bitterly opposed by Monsanto and the supermarket lobby, who understand, as a Monsanto executive admitted, "If you put a label on genetically engineered food you might as well put a skull and crossbones on it."

Angered by the Obama administration's recent controversial approvals of GMO alfalfa, salmon, sugar beets, and corn, and the compromise or surrender of organic industry leaders, including Whole Foods, in agreeing to accept the "co-existence," of GMO and organic crops and foods, organic consumers across the U.S. have decided to take matters into their own hands.

Spearheaded by the industry watchdog group, the Organic Consumers Association, and powerful alternative health consumer networks such as NaturalNews.com and Mercola.com, millions of health and environmental-minded consumers are starting to demand that the $60 billion "natural" products industry take GMO products off their shelves, or at least clearly label them, so that consumers can seek certified organic and other GMO-free alternatives.