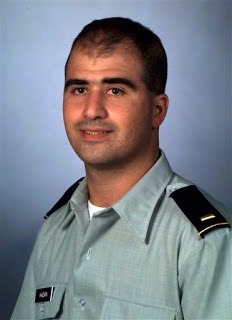 hasan of ft food: a patsy in a drill gone live?

from webster tarpley: The media narrative which is now being consolidated a week after the shootings is full of contradictions, embarrassed silences, and absurdities. A third and distinct approach to this case is therefore required, one which regards Major Hasan as a manipulated patsy in the context of a relatively sophisticated operation mounted by forces within the US intelligence community, using methods and assets which by now ought to have become familiar. Major Hasan can be seen as a mixture of Lee Harvey Oswald, legendary 9/11 “suicide pilot” Mohammed Atta, and Cho Seung-Hui (the alleged April 2007 Virginia Tech shooter). He also has elements of reputed Robert Kennedy assassin Sirhan Sirhan, and of John Hinckley Jr., who was involved in an attempt to kill President Reagan ­ both of whom survived the operations in which they were implicated. He thus represents a new cocktail of patsy ingredients. Until now, Islamic terrorists had come in collectivist groups, and not alone. Major Hasan by contrast is a troubled loner in the tradition of Oswald, at the same time that he embodies the religious fanaticism of Atta, along with some of his peccadilloes. Major Hasan is that novelty, a troubled Islamic fundamentalist loner, even though this is something of a contradiction in terms. Like Cho, Major Hasan emerges from the psychiatric clinic, in his case as a practicing psychiatrist, but as a shrink with egregious symptoms of his own. Like all patsies, Major Hasan combines the flamboyant and bombastic proclamation of his personal creed with a seeming immunity from bureaucratic countermeasures which would normally be automatic in shutting him down. Hasan is revealed as a fanatic, a misfit, and a quasi-psychotic or psychotic mental case in his own right ­ who could not subsist without protectors in high places of the US intelligence community.