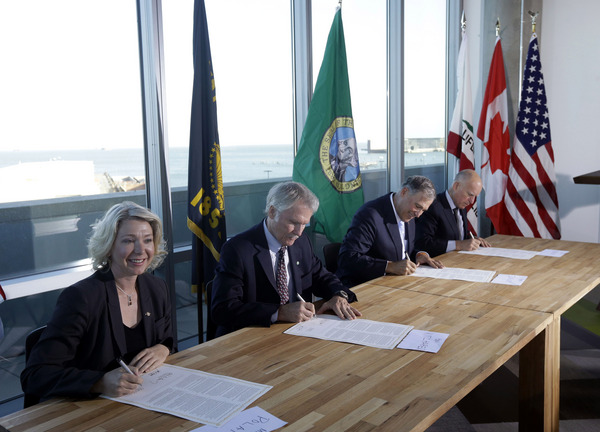 from mercurynews.com: Saying that the West Coast must lead the way in battling climate change, the governors of California, Oregon and Washington, along with a representative of the premier of British Columbia, signed an agreement Monday committing the Canadian province and the three states to coordinate global-warming policies. Each state and the Canadian province promised to take roughly a dozen actions, including streamlining permits for solar and wind projects, better integrating the electric power grid, supporting more research on ocean acidification and expanding government purchases of electric vehicles. "You are witnessing a historic small-but-powerful first step," California Gov. Jerry Brown said during the event, held at Cisco's San Francisco campus.