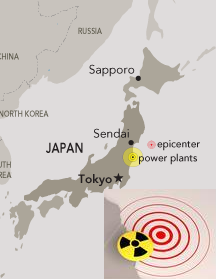 Harvey Wasserman writes, "Fukushima may be in an apocalyptic downward spiral," in a Common Dreams article, "Fukushima's Apocalyptic Threat Demands Immediate Global Action." Wasserman is right and we should all be shouting from rooftops! "There is no reason to incur further unnecessary risk. With all needed resources, it's time for the world's best scientists and engineers to take charge. Even then the outcome is unclear," Wasserman writes. Fukushima has already suffered two hydrogen explosions and some believe also a fission explosion! The subject strikes home when Wasserman notes that, according to a New York Times article "... critical valve failures that contributed to the Fukushima disaster are likely at numerous US reactors." You don't need to be a conspiracy theorist to ask whether there's a role played by Stuxnet in the Fukushima venting failure and any events in the United States? Stuxnet is widely believed to have ruined Iran's Bushehr reactor. Isn't it simply an intelligent question?

Wasserman also makes a pointed and persuasive, yet widely ignored, observation that "... the Obama Administration has ended radiation monitoring of seafood in the Pacific. It does not provide reliable, systematic radiological or medical data on fallout coming to the United States." But just last week Texas politicians hid the amount of radioactivity in drinking water to avoid the requirement of advising the public about elevated health risks. Everyone should be asking: Why? A critical point that should persuade, or at least bring into question, whether the public's well-being remains part of government's mission?

The present writer believes the state's intent goes beyond neglect! A deep sense of betrayal should be a settled issue in everyone's mind! Americans should not ignore recent unexpected shutdowns of reactors at US nuclear plants!