Future Riots ‘May Be’ Controlled With Chemicals 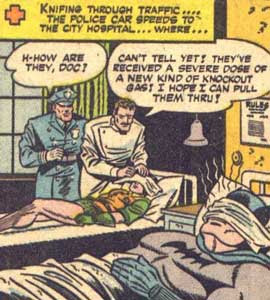 from guardian: Future riots could be quelled by projectiles containing chemical irritants fired by police using new weapons that are now in the final stages of development. The Discriminating Irritant Projectile (Dip) has been under development by the Home Office’s centre for applied science and technology (Cast) as a potential replacement for plastic bullets.

Documents obtained by the Guardian reveal that last summer’s riots in England provided a major impetus to Home Office research into new-generation riot control technology, ranging from the Dip to even more curious weaponry described by Cast technicians as “skunk oil”.

The briefing by Cast for the Police Service of Northern Ireland says that last year’s disorder sparked a surge of ideas to the Home Office from the public as well as companies manufacturing police technology. To capitalise on the interest, Cast convened a “brainstorming” event in October. Participants included police from London and Northern Ireland, the Police Federation, the Serious Organised Crime Agency (Soca) and the Ministry of Defence’s Defence Science and Technology Laboratory.

“No ideas too stupid or ‘off the wall’ to consider,” the briefing notes record.

2 responses to “Future Riots ‘May Be’ Controlled With Chemicals”