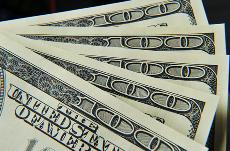 from lew rockwell: The U.S. government is insolvent. Who says so? Timothy F. Geithner, the U.S. Secretary of the Treasury. Geithner sent a letter to Congress on Jan. 6, 2011 asking for the debt limit to be raised. If it is not raised, he warned, the U.S. will default on its debt. In his words:

"Never in our history has Congress failed to increase the debt limit when necessary. Failure to raise the limit would precipitate a default by the United States."