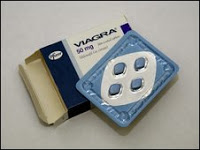 at least 20,000 more US troops for afghanisurge by mid-2009
from afp: The United States plans to send between 20,000 and 30,000 additional troops to Afghanistan by summer 2009, the chairman of the US Joint Chiefs of Staff, Mike Mullen, said here Saturday. General David McKiernan, the US commander in Afghanistan, has asked for more than 20,000 extra US troops to counter a rise in insurgent violence, including four combat brigades, an aviation brigade and other support forces... The build up would nearly double the US military presence in Afghanistan, raising it from 31,000 troops to over 50,000. On Friday, a US military official said Defence Secretary Robert Gates had already ordered the deployment of a combat aviation brigade with 2,800 troops to Afghanistan next year.

video: US 'to set up bases' in central asia
from russia today: The U.S. is planning to set up military bases in Kazakhstan and Uzbekistan, according to Russia’s head of the General Staff. He said Washington already has forces in Bulgaria and Romania that can become operational within hours, raising concern in Moscow.

from bbc: America's CIA has found a novel way to gain information from fickle Afghan warlords - supplying sex-enhancing drug Viagra, a US media report says. The Washington Post said it was one of a number of enticements being used. In one case, a 60-year-old warlord with four wives was given four pills and four days later detailed Taleban movements in return for more. "Whatever it takes to make friends and influence people," the Post quoted one agent as saying. "Whether it's building a school or handing out Viagra."

the pentagon is muscling in everywhere.
it's time to stop the mission creep.
from washington post: We no longer have a civilian-led government. It is hard for a lifelong Republican and son of a retired Air Force colonel to say this, but the most unnerving legacy of the Bush administration is the encroachment of the Department of Defense into a striking number of aspects of civilian government. Our Constitution is at risk. President-elect Barack Obama's selections of James L. Jones, a retired four-star Marine general, to be his national security adviser and, it appears, retired Navy Adm. Dennis C. Blair to be his director of national intelligence present the incoming administration with an important opportunity - and a major risk. These appointments could pave the way for these respected military officers to reverse the current trend of Pentagon encroachment upon civilian government functions, or they could complete the silent military coup d'etat that has been steadily gaining ground below the radar screen of most Americans and the media. While serving the State Department in several senior capacities over the past four years, I witnessed firsthand the quiet, de facto military takeover of much of the U.S. government. The first assault on civilian government occurred in faraway places - Iraq and Afghanistan - and was, in theory, justified by the exigencies of war.

elements of an inside job in mumbai attacks
from foreign policy journal: Indian police last week arrested Hassan Ali Khan, who was wanted for investigations into money laundering and other illicit activities, and who is also said to have ties to Dawood Ibrahim, the underworld kingpin who evidence indicates was the mastermind behind the terrorist attacks in Mumbai last month. Ibrahim is also alleged to have close ties with both Pakistan’s Inter-Service Intelligence (ISI) agency and the CIA. Another character linked to the CIA whose name is now beginning to figure into the web of connections between the Mumbai attacks, criminal organizations, and intelligence agencies is Saudi arms dealer Adnan Khashoggi, of Iran-Contra infamy. Khashoggi has been implicated in arms deals with drug traffickers and terrorist groups, including within India. Dawood Ibrahim is a known major drug trafficker whom India claims is being protected by Pakistan. As Foreign Policy Journal previously reported, there are also some indications that the CIA has a similar interest in preventing Ibrahim from being handed over to India. Ibrahim is wanted by India for the recent Mumbai attacks as well as for bombings that occurred there in 1993.

'greek syndrome' is catching as youth take to streets

from independent: With Europe, and the world, pitching headlong into a deep recession, the "Greek Syndrome", as one French official calls it, was already being monitored with great care across the European Union. The attempt to politicise and link the disputes across EU frontiers may prove to be a random act of self-dramatisation by an isolated group on the Greek far left. But it does draw attention to the similarities – and many differences – between the simultaneous outbreaks of unrest in three EU countries. Thousands of young Greeks have been rioting on and off for almost two weeks. They are protesting against the chaotic, and often corrupt, social and political system of a country still torn between European "modernity" and a muddled Balkan past. They can be said, in that sense, to be truly revolting.

greek cops caught on video posing as anarchists
from kurt nimmo: A Greek television show has revealed how Greek police posed as anarchists and destroyed property. Inciting violence and blaming it on legitimate activists is a favorite tactic of the state in order to crack down on protest and dismiss genuine grievances.

is the internet going down? undersea sub-cables have just broken...

icelandic tv program w/ prime minister forced off air
from ap: A nationally televised meeting between Iceland's prime minister and other political leaders was forced off the air Wednesday night when angry protesters disrupted the broadcast. For more than two decades, the leaders of Iceland's political parties have met every New Year's Eve over champagne and spiced herring to talk about the year ahead on Iceland's Channel 2 television. But this year's show with Prime Minister Geir Haarde was cut short 45 minutes into the program when a torch-wielding crowd stormed Reykjavik's Hotel Borg in an attempt to get to the studio. Protesters inside and outside the hotel clashed with police, who fired pepper spray to disperse the 500-strong crowd. Some demonstrators threw water balloons, while others tossed firecrackers. At one point, the broadcaster's television cables caught fire, interrupting the live broadcast. The program cut to commercials, followed by an announcement that Channel 2's equipment had been damaged and the show would be suspended. Outside the hotel, a policeman hit on the head with a brick had to be hospitalized. Three protesters were arrested.