veterans used in dangerous drug experiments
from raw replay: An investigation by ABC News and The Washington Times found that veterans with PTSD participated in a potentially dangerous drug experiment. Veterans were not told that one experimental drug was linked to violent psychotic behaviour and suicide. ABC News has more details here. This video is from ABC’s Good Morning America, broadcast June 17, 2008.

from xinhua: Facing severe water supply shortage, Los Angeles plans to launch a controversial cloud-seeding project that they believe will boost rainfall and raise the levels of local reservoirs, a newspaper report said Monday. The project, which will rely on injecting clouds with silver iodide particles, has won approval from Los Angeles county supervisors and is slated to begin this winter. Officials decided to resume the program after a seven-year lapse caused by concerns over mudslides in some mountain areas ravaged by brush fires, according to the Los Angeles Times. With California gripped by dry weather and Governor Arnold Schwarzenegger declaring a statewide drought, cloud-seeding is attracting both fresh attention and skeptics.

cdc begins investigation into morgellons
from natural news: The Centers for Disease Control and Prevention (CDC) is launching an investigation into a still-unexplained collection of symptoms known as Morgellons disease. The condition known as Morgellons disease is characterized primarily by skin lesions that do not heal, as well as unexplained sensations of crawling, biting or stinging on the skin; the presence of foreign materials, such as fibers, on or under the skin; fatigue; joint pain; memory loss; mental confusion and vision changes. 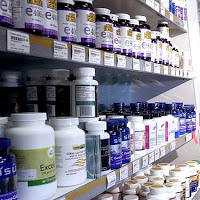 from vancouver sun: In a surprising about-face, Health Minister Tony Clement has agreed to key demands of the natural health products industry after the sector launched a grassroots campaign against restrictions on homeopathic medicines and herbal remedies in new legislation. When Clement proposed amendments to the Food and Drugs Act in April, natural medicines were lumped in with pharmaceutical drugs, raising concerns they would be subject to the same type of oversight. He now admits it was a mistake not to create a separate category under the law.

scientist says dolphin deaths look like a mass suicide
(caused by military sonar yet again)
from guardian: The dolphins that died after becoming beached in Cornwall had ingested debris and mud, leading one of the scientists who examined some of the corpses to compare their deaths to a “mass suicide“. Vic Simpson, who has been involved in the postmortem examinations of some of the 26 dolphins that died, said yesterday: “On the face of it, it looks like some sort of mass suicide – but the question is why?” 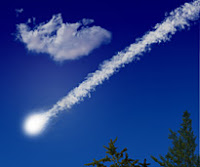 from afp: Genetic material from outer space found in a meteorite in Australia may well have played a key role in the origin of life on Earth, according to a study to be published Sunday. European and US scientists have proved for the first time that two bits of genetic coding, called nucleobases, contained in the meteor fragment, are truly extraterrestrial. Previous studies had suggested that the space rocks, which hit Earth some 40 years ago, might have been contaminated upon impact. Both of the molecules identified, uracil and xanthine, “are present in our DNA and RNA,” said lead author Zita Martins, a researcher at Imperial College London. 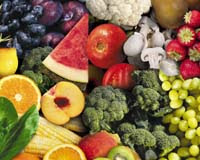 from intern daily: Tobacco smokers who eat three servings of fruits and vegetables per day and drink green or black tea may be protecting themselves from lung cancer, according to a first-of-its-kind study by UCLA cancer researchers.

9 meals from anarchy:
how the uk is facing a very real food crisis

from daily mail: The phrase ‘nine meals from anarchy‘ sounds more like the title of a bad Hollywood movie than any genuine threat. But that was the expression coined by Lord Cameron of Dillington, a farmer who was the first head of the Countryside Agency – the quango set up by Tony Blair in the days when he pretended to care about the countryside – to describe just how perilous Britain’s food supply actually is.

bird flu can mix with human influenza virus: research
from asd: A worrying new research paper has been published in the United States. It proves that H5N1 bird flu, which has so far only killed people in its pure form is capable of combining with conventional human flu viruses. A mutated virus combining human flu and bird flu is the nightmare strain which scientists fear could create a worldwide pandemic. The research was conducted in a laboratory by the US Centers for Disease Control… Listen to the story in REAL AUDIO and WINDOWS MEDIA and MP3 formats.

from time: Don Duncan says he is not a pot smoker. “I haven’t in eight or nine years now,” says Duncan, 37. “It wasn’t the right thing for me.” Which is ironic, since he spends most of his day around plenty of cannabis as part owner of a West Hollywood, Calif. dispensary of medical marijuana… Lately, however, Duncan directed more energy toward his role as California director of Americans for Safe Access, a group of merchants, doctors and patients that aims to make it easier to dispense and obtain marijuana for medical purposes. The organization’s central mission: fighting U.S. Drug Enforcement Administration raids on dispensaries.