gmo cultivation drops in eu, except in spain and portugal 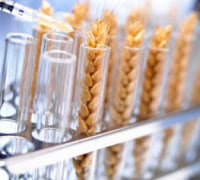 from food freedom: In the European Union, only eight countries (out of 27) commercially grow GMOs. Cultivations, however, decreased steadily since 2009, except in Spain and Portugal this year, where there is a slight increase. A brief overview of the different official data is collected below.

In Spain and Portugal, plantings of genetically modified Bt maize has increased slightly between 2010 and 2011. These two countries grow over 90% of transgenic crops in the European Union.

In other countries, the trend is consistent with what was found in February 2011 — that of a significant reduction of land devoted to transgenic crops, either Monsanto’s Bt Mon810 corn, or BASF’s Amflora potato.