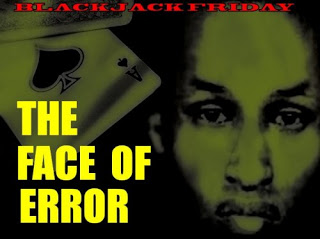 blackjack friday: the face of error

from clyde lewis: When terrorism comes knocking at your back door, you take notice. When conspiracy is happening in your neighborhood, you just don’t know who you can trust. On November 26th, 2010, a day known as Black Friday, people in Portland gathered for the traditional lighting of the Christmas tree in Pioneer Courthouse square. What they didn’t know is that a white van pulled up near the square loaded with 55 gallon drums. These were supposed to be bombs. The problem is he bombs were not wired to go off. They were duds. They were fake bombs provided by the FBI. They were used to incriminate a would be terrorist who later was apprehended in an area near Portland’s Train Station. 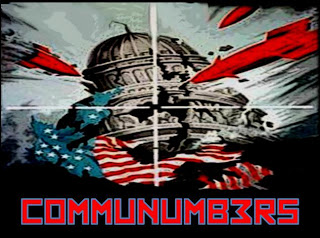 from clyde lewis: Since World War I, it is believed that the numbers being broadcast are secret codes that are sent to agents who are told to listen to a frequency to get their orders. When traffic is especially heavy on the radios, it is believed that some major event is about to take place whether it be a coup or a full on war.

In June of 2010, the FBI arrested 10 people for allegedly serving for years as secret agents of Russia’s intelligence with the goal of penetrating U.S. government policy-making circles. People I am sure were shocked about this. It sounds like something straight out of a cold war blockbuster. They were asked by Russian intelligence to learn all they could about our nuclear weapons and where they are positioned, policies about Iran, White House rumors, CIA leadership turnover, the last presidential election, and the Congress and political parties.

What was the tool they used to receive their orders? It was a short wave radio. It wasn’t sophisticated or high tech it was just a simple 1920’s era technology. The spies would sit down in front of their radios with spiral notebooks and write down a series of numbers. The most important thing to remember is that these numbers can be heard by anyone in the United States.

(editor's note: clyde lewis is no longer affiliated with zero point radio & the archives of previous ground zero episodes have been removed; this means many links from this website are now dead. we apologize for the inconvenience, thankyou.)