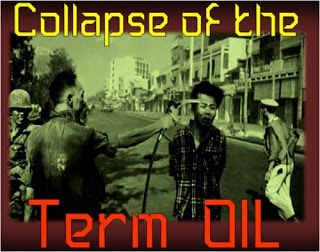 from clyde lewis: The recipe for an urban uprising has been shown on the nightly news. Take hunger and thirst and the rising cost to remove it; add outrageously high oil prices, unemployment, poverty and a recovery that has collapsed right in front of our eyes and you will see a tidal wave of instability and turmoil in the United States. For now we can watch it on our big screen TV’s and say that it is situation normal in the coming Armageddon. It is easily written off as a fluke or growing pains in countries that are “yearning” for the freedom we have. Our freedom is a state of mind as we pretend to think that we are still in the lap of luxury. We look at the high definition images on the screen of the desperate and poor revolting and it is akin to watching fish in an aquarium devour each other. The television news won’t tell you that, for these unfortunate people, the end of the world is now. They won’t tell you that you are witnessing the last labored breaths of a dying planet. They won’t ask: which civilization will be wiped out next and you will probably not even realize that it might be you being seen through the fish eyed lens of some other ignorant person living in what he thinks is the lap of luxury.