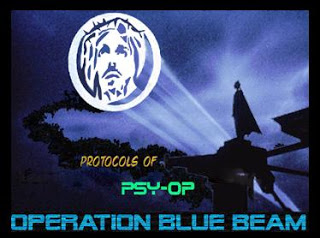 from clyde lewis: In the original Allen Moore “Watchmen” comic (set in an alternate reality 1985), one of the “heroes” commits what is essentially a very villainous act for the “good of all mankind.” He basically contrives an “alien invasion” so that the United States, Soviet Union, and presumably the rest of the world, will join together in peace and harmony to protect themselves against the outside “alien threat.” The idea of a threat from the heaven’s or a divine intervention from the skies has been recorded throughout history as means to create a new government or religious movement. The idea of an event of this magnitude was spoken of by Ronald Reagan in the 1980’s. There is a remote possibility that the powers of the World could fake or hoax and alien threat or a Deus Ex Machina in order to regain control of a populace run amok. The well known conspiracy theory is explored here at the Ground Zero Lounge as Clyde Lewis demonstrates that there is technology indistinguishable from magic and that it can be used to simulate a paranormal event capable of changing the way we look at God and the cosmos. Is Operation Blue beam a reality and will it be used in 2012 to usher in a New World Ecumenical Brotherhood of man? Listen in and decide for yourself if it is probable and possible.

Recorded every Monday evening in front of a live audience at Dante’s Inferno in Portland Oregon, the Ground Zero Lounge features Clyde Lewis in this audience participation discussion of current events as they relate to the paranormal.