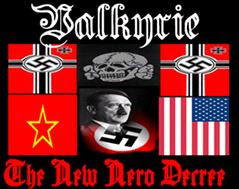 from clyde lewis: The police state, surveillance state and nationalist fervor developing in the United States have been compared to those of Nazi Germany. As we say farewell to the Bush era, many believe that policies put into play during his eight-year term will just disappear. They won't.