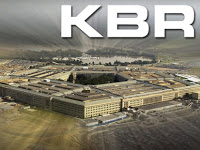 from raw story: Twelve men recruited in Nepal died after forced transfer to Iraq, lawfirm says... Thirteen Nepali men were recruited and held against their will for thirteen months in a human trafficking scheme engineered and perpetrated by Halliburton and its Jordanian contractor, according to a lawsuit filed yesterday in California federal court.

The Nepali men, each between the ages of 18 and 27, were allegedly hired as kitchen staff by the then-Halliburton subsidiary KBR and its Jordanian subcontractor, Daoud & Partners. Once they arrived in Jordan, however, their passports were seized and they were dispatched to Iraq.

"Tragically, as the men were being transported to Iraq, a car containing twelve of the men was stopped by members of the Ansar al-Sunna Army, an insurgent group," the Washington lawfirm Cohen, Milstein, Hausfeld & Toll writes. "The 12 men in the car were taken hostage and executed by the insurgents. The executions were filmed and posted on the Internet. The Inspector General for the United States Department of Defense investigated and confirmed the facts related to the fate of the 12 men, which led to increased enforcement of anti-trafficking measures by the United States."

Only one man survived.