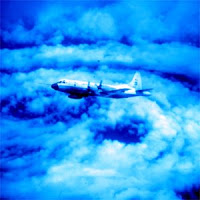 from new scientist: Would-be hurricane fighters hoping to stop a future Katrina before it makes landfall should aim to wound, not kill. The goal should be to re-route hurricanes and ease their fury, rather than try to stop them forming in the first place.

This is the latest advice from weather modification experts. The field has a colourful history. In the 1960s and early 1970s, scientists on “Project Stormfury” tried in vain to disrupt the inner structure of hurricanes by seeding them with silver iodide crystals. Various other far-fetched ideas to neutralise storms have been mooted since then, such as cooling the ocean surface.

More recently, the US Department of Homeland Security (DHS) asked a Stormfury veteran called Joe Golden – now at the University of Colorado at Boulder – to gather experts to evaluate prospects for taming hurricanes. Last week, the panel reported their findings at an American Meteorological Society meeting on weather modification in Westminster, Colorado…

They have requested $2.6 million from the DHS over three years to study how this might be achieved. Golden told New Scientist that the DHS is receptive to the idea. “I’m very upbeat, amazed and encouraged,” he says.