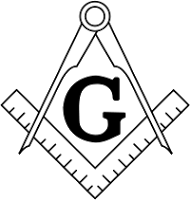 from 110th US congress: Recognizing the thousands of Freemasons in every State in the Nation and honoring them for their many contributions to the Nation throughout its history.

Whereas Freemasons, whose long lineage extends back to before the Nation's founding, have set an example of high moral standards and charity for all people;

Whereas the Founding Fathers of this great Nation and signers of the Constitution, most of whom were Freemasons, provided a well-rounded basis for developing themselves and others into valuable citizens of the United States;

Whereas members of the Masonic Fraternity, both individually and as an organization, continue to make invaluable charitable contributions of service to the United States;

Whereas the Masonic Fraternity continues to provide for the charitable relief and education of the citizens of the United States;

Whereas the Masonic Fraternity is deserving of formal recognition of their long history of care-giving for the citizenry and their example of high moral standards; and

Whereas Freemasons have always revered and celebrated St. John's Day, June 24th, as dedicated to their patron saints: Now, therefore, be it resolved, that the House of Representatives recognizes the thousands of Freemasons in every State in the Nation and honors them for their many contributions to the Nation throughout its history.

thanks to 'the secret mysteries of america's beginnings, volume II: riddles in stone'