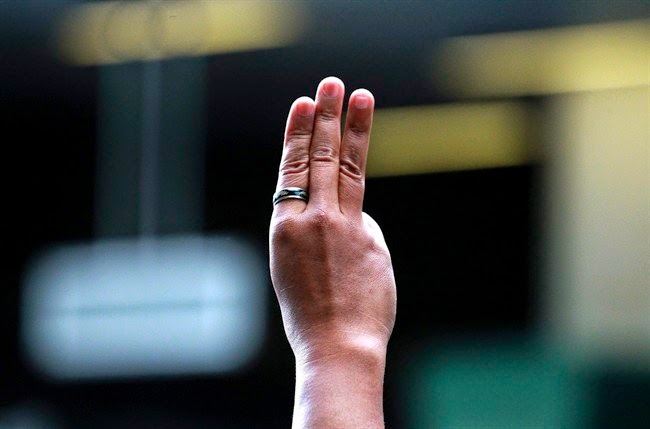 from washingtonpost.com: The three-finger salute from the Hollywood movie “The Hunger Games” is being used as a real symbol of resistance in Thailand. Protesters against the military coup are flashing the gesture as a silent act of rebellion, and they’re being threatened with arrest if they ignore warnings to stop. Thailand’s military rulers said Tuesday they were monitoring the new form of opposition to the coup. Reporters witnessed the phenomenon and individuals were captured on film making the raised-arm salute.