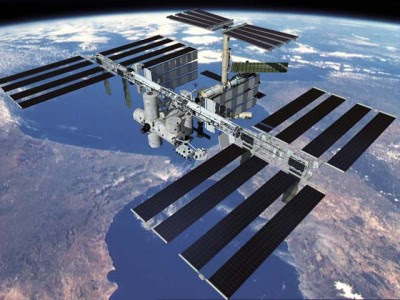 Assembly of the International Space Station (ISS) ranks as an engineering feat from first launch in 1998 to first occupants in November, 2000 to tenth year of continued occupation and beyond. An excellent informative flash movie of the ISS taking shape over years and a Scientific American slideshow presentation, are must viewing! A You Tube video of International Space Station immerses viewer in virtual experience–great stuff!

NASA website summarizes effort to assemble space station: “As of the Nov. 2 [2010] anniversary date there have been 103 launches to the space station: 67 Russian vehicles, 34 space shuttles, one European and one Japanese vehicle. A total of 150 spacewalks have been conducted in support of space station assembly totaling more than 944 hours.” You may wonder when the ISS will be visited next with the Shuttle’s retirement? A flight schedule also on NASA website shows list of entirely Russian missions for next two years. The present writer expects a Space X Dragon module to pull up, at some point, before schedule’s completion!