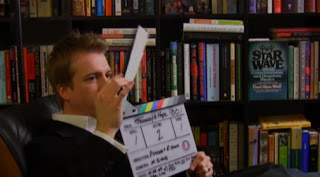 the latest interview episode from media monarchy is a very special conversation with whistleblower, researcher & freethinker: richard andrew grove of tragedy and hope dot com. in the summer of 2001, he was fired from his job on the 96th floor in tower one of the world trade center. it had to do with the 'fiscal anomalies' that richard witnessed & documented while swimming with sharks.

i first became aware of richard's story when i heard to something called 'project constellation' in the early summer of 2006. a sort-of 21st century message in a bottle, it was a transmission meant for people with some kind of influence in the world of media. the world wasn't listening. undaunted, grove followed it up with an amazing podcast series called '9/11 synchronicity', which helped further expose the 'global networks'.

to say that richard's work has been an inspiration to media monarchy would be an understatement. i think his journey, experience & research gives us something really special, however richard's not just here to hear himself talk... and neither am i.

we're both here to try & cut a critical line of thought directly through the maze, and leave you with all the tools you need to see 9/11 & our world for what it is... and when we see that, we'll all be better prepared to take constructive action & elevate the game.