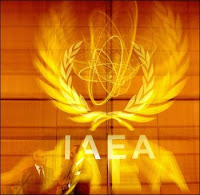 from spacewar: Iran called for UN inspectors to be dispatched to verify whether Israel has nuclear weapons, in a heated showdown with the Jewish state at a meeting of the UN atomic agency Friday.

The face-off between the two nations came as Arab states condemned Israel for hiding an atomic arsenal, at a general conference of the 144-nation International Atomic Energy Agency (IAEA) in Vienna.

Iranian envoy Ali Asghar Soltanieh told the conference that IAEA inspectors should be sent "to Israel to verify who is telling the truth."

Israel neither confirms nor denies it has nuclear weapons, but Israeli Prime Minister Ehud Olmert had hinted in a German television interview in December 2006 that Israel did in fact have the bomb.