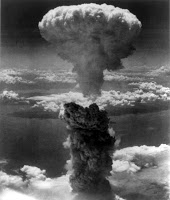 The attack would be the first with nuclear weapons since 1945, when the United States dropped atomic bombs on Hiroshima and Nagasaki. The Israeli weapons would each have a force equivalent to one-fifteenth of the Hiroshima bomb.