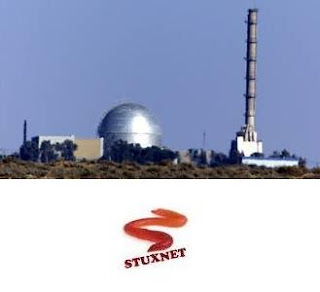 Israel took pages from spy thriller, by building identical centrifuges to those at Natanz, to test effectiveness of stuxnet worm. Cryptogon carries New York Times article. An American nuclear intelligence expert related, “To check out the worm, you have to know the machines..The reason the worm has been effective is that the Israelis tried it out.” In 2008, Siemens cooperated with the United States to identify vulnerabilities of their computer controllers the company sells to operate industrial machinery around the world at the Idaho National Laboratory, a leading nuclear research and development facility. The NYT article concludes: "The worm itself now appears to have included two major components. One was designed to send Iran’s nuclear centrifuges spinning wildly out of control. Another seems right out of the movies: The computer program also secretly recorded what normal operations at the nuclear plant looked like, then played those readings back to plant operators, like a pre-recorded security tape in a bank heist, so that it would appear that everything was operating normally while the centrifuges were actually tearing themselves apart." It's a case of life imitating art!

update: stuxnet: a violation of US computer security law