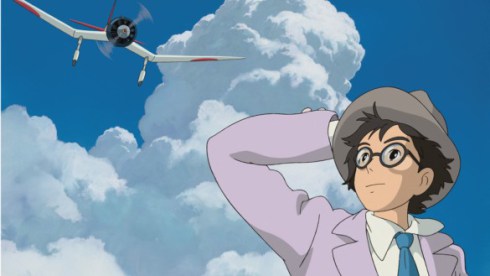 from variety.com: Japanese pics again delivered a solid thumping to the Hollywood competition at the local box office in 2013. The 2013 B.O. champion, to the surprise of nobody, was anime auteur Hayao Miyazaki’s final animated feature, the WWII-themed “The Wind Rises.” Debuting atop the B.O. on July 21, the film, based on the prewar life of fighter plane designer Jiro Horikoshi, completed its first run with $115 million, the only pic last year to surpass the $100 million mark. In second place at $83 million was “Monsters University,” again demonstrating the strength of the Pixar brand in the Japanese market.

At number three and the only other 2013-released Hollywood pic to make the year’s BO top ten was “Ted” with $40 million. The pic was boosted by the Japanese love of all things cute, even if its title teddy bear was a verbally abusive lush. (“Les Miserables,” released in 2012, was among the top ten films that played during last year.)

All other films in the top ten were local, including family-targeted toons in the “Pocket Monsters,” “Dragonball,” “Detective Conan” and “Doraemon” series. Among the live-action hits, at $30 million and number eight, was Hirokazu Koreeda’s “Like Father, Like Son,” a drama about two boys switched at birth that got a boost from its Jury Prize win at the 2013 Cannes fest.

Toho once again dominated among the local distributors, handing six of the seven Japanese pics in the top ten, including “The Wind Rises.”

Among the major disappointments were the Hollywood pics that were seemingly tailored for the Japanese market. “Pacific Rim,” “The Wolverine” and “47 Ronin,” all underperformed in a market where they were expected to triumph.

Japan is now the world’s third largest theatrical market after North America and China. More complete statistics on the size and trends of the overall Japanese market will be published by the Motion Pictures Association of Japan (Eiren) at the end of the month.