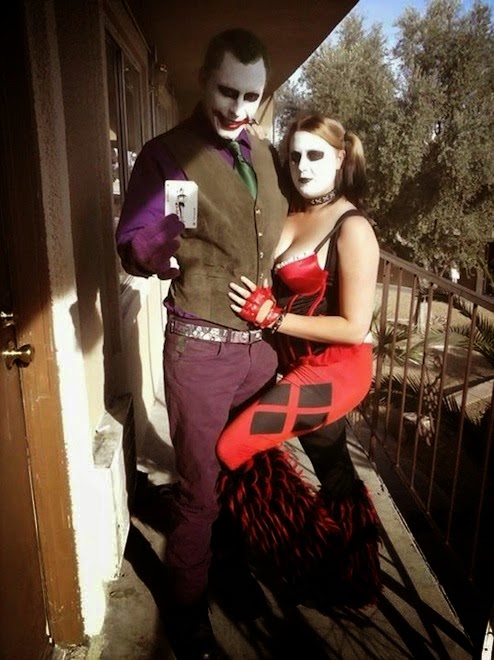 Michael Hoffman offers view on what might’ve driven Las Vegas Cop Killers to commit crimes in article,“Demon-possessed ‘Joker’ cop killers strike in Las Vegas.” Jerad and Amanda Miller were in Biblical terms demon-possessed, according to Hoffman: “The alleged killers in Las Vegas of two policemen at a restaurant, and a bystander at a shopping center, are being variously described as white supremacists, Constitutionalists etc. They may be all or none of those things, but they are most certainly demon-possessed individuals initiated into a devil cult by immersion in the soul- killing Hollywood movies and television and New York entertainment ‘culture’ that permeates the US like the fumo di Satana.”

Hoffman labels Batman meme occult-saturated and sees present wave of crimes in broader cultural context: “…we have Jerad and Amanda Miller, the putative Las Vegas cop killers leaving behind unmistakable links to the Joker of the Batman genre. No extensive investigation was needed to elicit this clue. It was online for all the world to see on ‘Facebook.’ The perps themselves revealed it in the Revelation of the Method, part of the pattern of self-revelation which the Cryptocracy permits and encourages in this time in which we live, the last stage of the age-old process of human alchemy, when Satan can walk openly among us and the American people don’t give a hoot at any fundamental level of their waking consciousness.”

The conclusion reached by Hoffman about perps allowed to fulfill their murderous rampages on this earth: “Whatever the Las Vegas killers’ political affiliation may be — whether contrived by the System or genuine — these suicide shooters, like James Holmes, are first and foremost demon-possessed. These murderers worship Satan, whether under that name, or as ‘Joker’ or ‘Slender Man.’ The people they kill are a propitiation to the god of this world. As Jerad Miller wrote, using what we believe to be a double entendre on his Facebook page hours before his alleged murder spree, ‘The dawn of a new day. May all of our coming sacrifices be worth it.’ As suicides, he and his wife were among those ‘sacrificed.’”

Hoffman seems to offer merely a description of our present circumstances, which may be part of a larger process of human alchemy! Jerad and Amanda Miller sacrificed two policemen and another life to the god of this earth and then were sacrificed themselves. The Millers were demon-possessed. A rash of recent crimes hint at substantiating Hoffman’s contention, crimes are simply more manifestations of work by an occult cryptocracy through the “Revelation of the Method.“ It’s the transformation of a Christian culture into an occult one through a series of tacitly-accepted acts right before our eyes! It’s amazing to witness how far it has gone – fumo di Satana surrounds us!