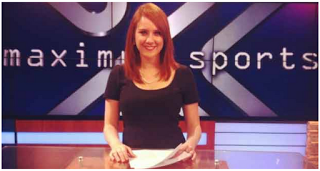 Jim Stone, freelance journalist, questions July 20th Aurora Batman shooting in recent entry, "All the evidence behind why I believe no one died at the theater." Stone suspects a pre-planned psy op "... a drill took place at the theater, and inconvenient people the government wanted eliminated were murdered elsewhere and blamed on the bat man shooting." The journalist draws suspicions from facts: no footage from Closed Circuit TV (CCTV) from either theater or mall, no pictures from inside the theater and a blood trail from a back door going in wrong direction? Stone points to incriminating police statements that imply it was only a drill, "...the police tapes show that the police were discussing where to put the victim's families and press for photos, WHILE THE SHOOTING WAS IN PROGRESS...This simple statement in the police tapes proves it was all a pre planned setup, with the families and press already on scene before it even started. If you have been bamboozled into believing people died in that theater, you really need to look at the evidence and switch on your B.S. detector." A previous Holy Hexes entry shares suspicions of others who closely examined July 20th shooting. The present writer wonders how far have we ventured into a virtual world like the Matrix? Is there more to the Jessica Redfield AKA Jessica Ghawi story than just case of extreme odds of attending not one but two mass shootings within a short period?

Stone rightfully questions odds of "...Jessica Redfield, a budding media presence, was in Toronto during a mass shooting there in a mall only a month before being 'killed' in another mass shooting...figure the odds...I have no doubt [Redfield] is sipping on a pina colada somewhere after a multi-million dollar payout...."

Also, Redfield's tweets were searched to find remarks not only about making people believe there was gunfire to Stone's observations below about her tweets made two weeks prior to Batman shooting:

"In her tweets, she talked about moving into a new place with 7 swimming pools and a lake two weeks before the second shooting. She was an intern. How does an intern accomplish that? Perhaps a multi million dollar payout? If I had no morals, I'd love that job. 7 pools and a lake would be great for laying low until things settle down. After that, a facelift and a life in politics, because you proved your ability to keep your mouth shut about corruption."

Stone provides another inference about Aurora, an event that seems to have a preponderance of Facebook memorial websites, in comparison, to Wisconsin Sikh Temple shooting victims. The reason is, according to Stone, Aurora was planned. It's also implied the drowning of Nurse Jenny Gallagher on August 6th, who cared for Aurora victims, makes sense only, if there's something wrong with what the victim's were telling her!. Stone suspects, at this point, those killed were targeted and not necessarily present at the theater. Holmes may be a primary target, used for leverage, because of his father?

"What if they staged a phony bat man shooting to frame up Holmes so he would be facing a death sentence at the same time his dad was going to hang the bankers with his testimony at the Libor scandal hearings? What if THEY wanted real bodies? Why have ANY of them come from the theater? Why not just get rid of inconvenient people to maximize the benefit from the staged event? If a nurse spoke to someone who was dying, and that dying person,who (for example) had the goods that could have jailed a state senator said something like "I was just getting out of my car after picking up a pizza, was grabbed and shot and now I am here" THAT would be worth killing her for."

The present writer suspects what Stone submits to the reader remains a possibility. We may be further down the rabbit hole, or the modern version of the Matrix, than we could ever imagine?  Stone may be on the right track of something clearly not good!