Katie Holmes “Felt Like She Was In Rosemary’s Baby” 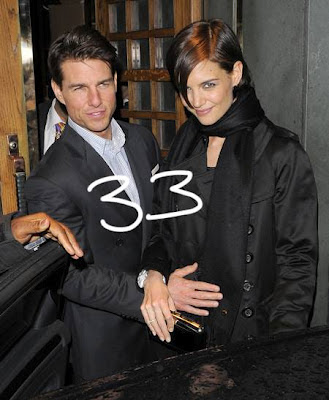 from usmagazine.com: Katie Holmes’ Hollywood fairy tale with Tom Cruise definitely did not have a happy ending. When the 33-year-old actress filed for divorce from Cruise, 49, last Thursday — aggressively moving for sole legal custody of daughter Suri, 6 — it was the culmination of a year-long attempt to break free of a confining, Scientology-influenced marriage to Cruise, sources tell the new Us Weekly, out now. “Every move she made and everything she did was controlled… She felt like she was in Rosemary’s Baby,” says one insider, referring to the classic 1968 horror film, in which an aspiring young actress (Mia Farrow) unwittingly bears a child for her husband’s Satanic cult. Indeed, her shocking divorce filing, which has blindsided a “furious” Cruise, wasn’t simply about the Kennedys star’s own personal contentment, a Holmes source says. “This is about protecting her daughter,” the insider explains to Us. “She wants to be in charge of how Suri is being raised and didn’t want her to have an exclusively Scientology education.” The first source puts it more bluntly: “She felt she had to get out to save her daughter.”