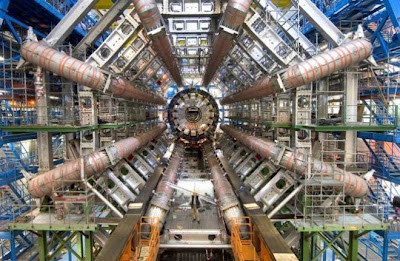 from telegraph: A leaked internal memo contains unconfirmed reports that one of the detectors at the Large Hadron Collider at CERN, near Geneva, had picked up signals that could be the long sought after particle, called the Higgs boson. One of the main scientific goals of the huge £6 billion atom smasher was to prove the existence of the Higgs boson, a theoretical particle believed to give everything in the universe mass. The particle is a key part of the standard model used in physics to describe how particles and atoms are made up. Rumours that scientists working on the LHC had found evidence of the Higgs boson began to circulate after an supposed internal memo was posted on the internet. But physicists were quick to urge caution over the claims as many candidates for the particle that appear in collision experiments at the LHC are subsequently dismissed on further examination.