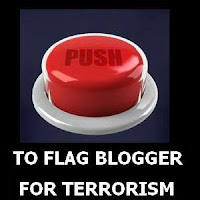 Senator Joseph Lieberman writes letter to Google requesting terrorist flagging feature be added to its blogging platform, Blogger, reports Cryptogon website. Lieberman moved to write letter due to recent bomb suspect Jose Pimentel's arrest. "Cops say he was putting the finishing touches on a pipe bomb when they arrested him Saturday," according to NYDailyNews.com article. "Pimentel is accused of hatching a plot to blow up police cars, post offices and U.S. soldiers." Governments move to quell dissent when public opinion turns against them; the Pimentel case represents an excuse for a crack down.