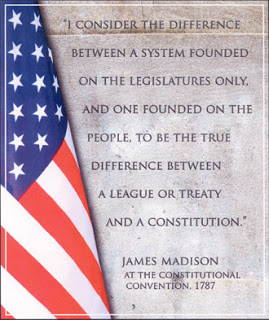 from charleston daily mail: Constitution Day is here and many teenagers know little about commemorating the document's signing.

A study being released today by a foundation that focuses on journalism and the First Amendment found that 51 percent of high school students questioned had not heard of the day when they are required by law to learn about the Constitution.

The occasion is usually observed on or around Sept. 17, the day the document was adopted in 1787...

"We're concerned that teaching to the test and the emphasis on math and science is hurting the American civics education,'' Newton said.

Recent national tests show that more students are learning the basics when it comes to history and civics, but are not rising beyond a modest competency in either subject.

The report did find some encouraging news. For example, 68 percent of students said they had taken a class that dealt with the First Amendment, compared with 58 percent in 2004.

Constitution Day was created by Congress in 2004. It was the brainchild of Sen. Robert Byrd, D-W.Va., who carries a copy of the Constitution in his pocket. The law requires any school and college receiving federal money to teach about the Constitution on or about Sept. 17...