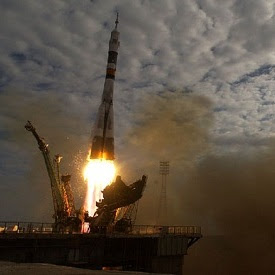 from pcmag: The successful Sunday launch of a Russian cargo ship on a mission to resupply the International Space Station is an important step in resuming manned flights to the orbiting laboratory after a launch accident destroyed another unmanned freighter in August, according to Russian and NASA officials. “It was a perfect launch,” Mission Control spokesman Valery Lyndin said, according to reports. The Progress M-13M spacecraft atop a Soyuz rocket blasted off on schedule at 6:11 a.m. ET on Sunday from the Baikonur Cosmodrome in Kazakhstan and has now reached its designated orbit.