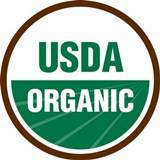 from natural news: Since the initial release of the US Department of Agriculture's (USDA) draft of organic standards in 1997, large industrial food processors have been gradually acquiring or forming strategic alliances with organic food brands. And a series of detailed charts assembled by Philip H. Howard, an assistant professor at Michigan State University (MSU), provides a visual glimpse into how the organic industry has changed over the years.

It was expected that, with the establishment of national organic standards to replace the loose patchwork of state and local standards that existed prior, large food producers would want in on the action. And many got what they wanted, as they quickly gobbled up many of the largest and most viable organic brands that existed at the time.

Howard explains that most acquisitions of organic brands by industrial food processors occurred between 1997 and 2002, when USDA organic standards were fully implemented. During that time, Dean Foods acquired the White Wave / Silk brand, for instance, and the Kellogg company acquired the popular Kashi brand.