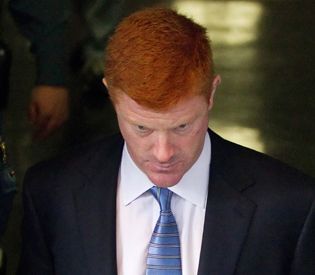 It's a sad day in America when "morally right" decision to report child sexual abuse, gets condemned! Assistant Coach Mike McQueary could've remained silent as janitors chose to do in 2000. Bob Braun reveals 2000 incident as choice between livelihood or moral course in a detailed blog entry. A Boston Herald article accurately summarizes McQueary's dilemma, "instead of a whistle-blower, he became a whipping boy." There's no truer words as many would like scandal to simply go away, such as Jerry Sandusky's wife, Dottie, as she maintains in article, "Wife: Jerry Sandusky didn't harm kids". A reader suspects a difficult reality too hard to accept, underscores denial of multiple reports of Sandusky's alleged offenses. The present writer, believes, McQueary can still do the right thing and be a whistle-blower as well as whipping boy of the powerful. The Penn St power structure will make every effort to assure scandal goes away! Will McQueary be able to withstand pressure and do the right thing?