media & military: still in love after all these years

from fact to fiction: giving writers an inside look at the fbi

from fbi.gov: Imagine you’re a writer working on a film or television script about the FBI, but you really know very little about us beyond what you’ve seen in other movies or TV shows. What do you do? For decades, you’ve been picking up the phone and calling us. Every year, in fact, we get calls from hundreds of writers, directors, and producers seeking our advice and guidance. We are happy to help, because we understand that the entertainment industry plays a key role in educating the public about our mission to keep the nation safe from terrorists and criminals. And we know that the more educated people are about the Bureau, the more likely they will help us solve—and prevent—crimes and terror attacks. 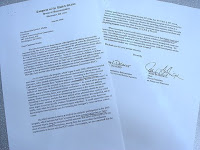 from usatoday: Federal regulators are looking into allegations that a number of military analysts failed to disclose their ties to the Pentagon when they appeared on television to discuss the Iraq war, according to U.S. News & World Report. “In its letter signed by the chief of the investigations and hearings division enforcement bureau, the FCC suggests that TV stations and networks may have violated two sections of the Communications Act of 1934 by not identifying the ties to the Pentagon that their military analysts had,” the magazine says in its Washington Whispers column. The Wall Street Journal says an FCC spokesman confirmed the letters, but wouldn’t otherwise comment on the investigation, which appears to have grown out of a New York Times report that said the Pentagon was using former commanders and current contractors to influence public opinion.