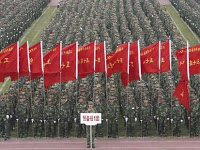 from mcclatchy: China announced its largest ever defense budget Tuesday, a day after the Pentagon warned that China’s burgeoning military is fine-tuning its abilities for cyber-warfare and in disabling the satellites of potential enemies. China’s defense budget will rise to $59 billion this year, an increase of 17.6 percent over a year earlier, said Jiang Enzhu, a spokesman for the National People’s Congress. The increase, the latest in a string of double-digit hikes over more than a decade, puts China’s military spending on a par with that of Russia, Britain and Japan. 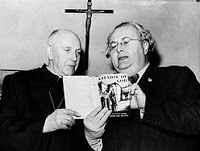 from ap: Desperate for a glimpse into Adolf Hitler’s unpredictable mind, British spies hired an astrologer during World War II to write horoscopes for him and other Nazi leaders, documents declassified Tuesday show. They soon regretted it. The file released to Britain’s National Archives catalogs the frustrations of MI5 handlers as they tried to prevent the astrologer, Louis de Wohl, from publicly embarrassing high-ranking intelligence and military officers. 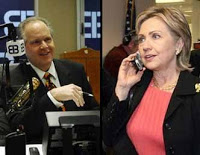 from newsmax: No.1 radio talk-show host Rush Limbaugh went on Fox News’ “The O’Reilly Factor” and reiterated his call for Republicans to vote for Hillary Clinton in Tuesday’s primaries in Ohio and Texas to keep Barack Obama from wrapping up the race. If Hillary Clinton does remain in the race and drags the primaries out to June or even to the Democratic Convention in August, Democrats may end up spending $200 million to $300 million more in attacking each other. The prospect makes the Republican-leaning Limbaugh giddy. As Newsmax reported earlier, the influential conservative has urged Republicans in Texas and Ohio to “pimp themselves” for just one day vote by voting for Hillary to keep the Democratic Party “at war with itself.”

from ap: Oregon is conducting a one-of-a-kind lottery, and the prize is health insurance. The state will start drawing names this week for the chance to enroll in a health care program designed for people not poor enough for Medicaid but too cash-strapped to buy their own insurance. More than 80,000 people have signed up since registration for the lottery opened in January. Only a few thousand will be chosen for the program. “It’s better than nothing, it’s at least a hope,” said Shirley Krueger, 61, who signed up the first day.